The myth of “healthy" obesity

“Scientists are yet to prove that obese people are any more prone to health problems," Prof. Paul Campos said in his book “The Obesity Myth" years ago. However, it was his book and the claims it presented that turned out to be the biggest myth of all.

Specialists have long claimed that overweight and obesity increase the risk of a heart attack, diabetes, and premature death. Nothing has changed in this respect, but from time to time someone publicly denies this view.

Campos claims that there are no reliable studies proving that obese people with a BMI of over 30 are more prone to chronic diseases. The American researcher goes on to argue that the life expectancy for most of them is the same as for slender people, because obesity is not a disease, as some scientists would have it.

The scientist did not claim that extremely obese people, who weigh 150-200 kg, have no serious health problems. He concedes that they have higher heart attack and tumour incidence rates. Such individuals require a special weight loss therapy and a bariatric surgery (involving stomach size reduction) might be a chance for them, as it yields better results than medicines.

Campos is only interested in people whose BMI is higher than 30, but does not exceed 35 (huge obesity) and who are physically active. Such people, if they do sports, live longer no matter their weight. To what extent is this true?

There are people who share the Professor’s opinion. One of his allies is Prof. Michael Gard, the co-author of “The Obesity Epidemic: Science, Mortality and Ideology". He is also convinced that neither overweight nor mild obesity bring any health risks. “Many obese people," he claims, “are in a similarly good condition as people who are slim. Only extreme obesity presents an actual threat."

Too much pudding will choke the dog

A few years have passed since those books were published and we have seen studies that silence all speculation that obesity is not harmful to health if you are physically active. Dr. Ravi Retnakaran’s team from Mount Sinai Hospital in Toronto reviewed more than 1,000 studies covering over 60 thousand people. This meta-analysis shows that excess adipose tissue is a health risk even if the cholesterol and glucose levels and blood pressure are normal.

The assumptions that obese diabetics live longer than slim diabetics, which had been suggested by some studies, have also proven false. One such study was published in 2012 in the prestigious journal “JAMA". However, fifteen years’ observations conducted by Diedre Tobias from the Harvard School of Public Health prove the opposite.

11.5 thousand U.S. medical workers with diagnosed diabetes were covered by the study. It demonstrated beyond all doubt that there is no such thing as the “obesity paradox". Among the observed diabetics the lowest risk of premature death was in individuals with correct weight (BMI no higher than 25). It was found that in 65+ people, the higher the weight the greater the risk of premature death.

Obese diabetics often suffer from complications, such as a coronary disease or heart attacks. In such cases the only way to live longer is to take up the challenge of losing weight. Physical activity is not enough.

A child and a pet - a tough duo

We run an Instagram growth service, which increases your number of followers both safely and practically.

- Guaranteed: We guarantee to gain you 400-1200+ followers per month.
- Real, human followers: People follow you because they are interested in your business or niche.
- Safe: All actions are made manually. We do not use any bots.

The price is just $60 per month, and we can start immediately.

If you are interested, and would like to see some of our previous work, let me know and we can discuss further. 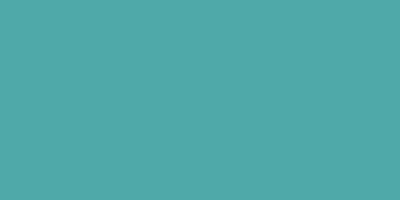 The myth of “healthy" obesity

A child and a pet - a tough duo

Northwest Health Physicians Specialty Hospital
They helped me with my problem. Thank you.
J
5/5
Baptist Health Medical Center-Hot Springs County
I heard it's bad. Like you could come with child with fever and wait few hour for a doctor. I wouldn't recommend it.
Roe
2/5
Mt Edgecumbe Hospital
Great healthcare, thank you for your help.
Adam
5/5